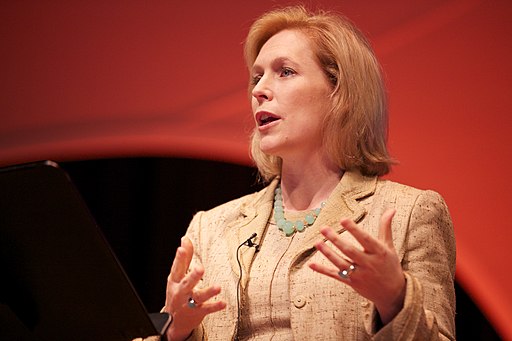 And then there were 4. Or 5. Or 6. Depends on who you are counting as officially running for the Democratic Nomination for President in 2020. But this probably bears watching closely, as some of the powers that be have already expressed excitement for Senator Kirsten Gillibrand.

Gillibrand is scheduled to appear on the CBS late night program on Tuesday night. If she announces her exploratory committee, as expected, she would become the second U.S. senator — and second female senator — to announce plans to begin the legal process of running for the Democratic presidential nomination in 2020. The 52-year old is one of the most active and outspoken critics of President Trump and she earned acclaim from party activists when she began voting against all of the president’s cabinet and senior government nominees in early 2017.

Sen. Gillibrand came to the Senate as the replacement for Hillary Clinton, who had resigned to take the Secretary of State post for then-president Barack Obama. Her education credentials including Dartmouth and UCLA Law School, she formerly worked for Andrew Cuomo and made some news when she garnered attention for being the Democratic Senator to call for Al Franken to resign during the former Senator’s Me Too moment. She will be slotted in the upper-tier of candidates from the outset, and there are quite a few that feel she balances several factors necessary to stand out from what will be a historically crowded field. But with at least three (and maybe more) other senators either running or expected to run, she will need to find a coherent message, and quickly, to stand out from the crowd besides just her credentials. She will be one of several women running, and will be somewhere in the middle by most folks standard of political spectrum measurement for the Democratic party. What path she plans to the nomination remains to be seen.