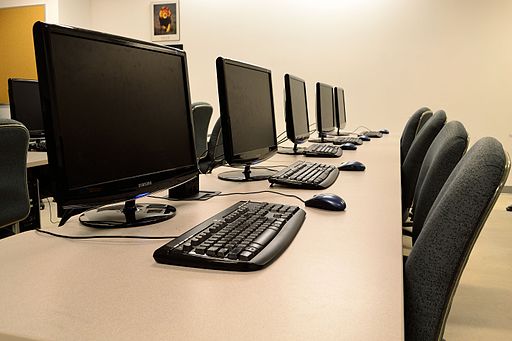 Online learning, not only at the tertiary level but increasingly at the K-12 level has become increasingly ubiquitous. As technology advances, the demand for and availability of this format of learning has increased exponentially. As well as university degrees being offered via online study, there are also increasing numbers of massive, open online courses (MOOCs) available on all manner of subjects. These courses, often being free of charge, present further study options for today’s students. However, online learning has its drawbacks and issues at present.

An ongoing problem in the online learning sector, compared to traditional delivery methods has been the retention rate of students. According to 2013 statistics for Australia, around 15% of undergraduate students dropped out of their courses. Those studying online dropped out at a rate of 28%, almost double the rate of the rest of the undergraduate cohort. There are numerous reasons for this, but a major factor behind this statistic is the poor design of many online courses. In many cases, online courses are not designed in a pedagogically sound manner. A typical example of this are courses where the online component consists primarily of an online lecture to view, a textbook chapter uploaded to the course and a discussion forum. These are not bad in and of themselves – however, many courses do not extend beyond this format. Students understandably find this uninteresting or unchallenging in many cases and do not engage as a result.

Why has there been a lack of innovation on this front, then? Paul Wappett, writing for The Conversation, puts forth a few reasons for this being the case. One of the reasons is that the current university system heavily favours research output over teaching. The ubiquitous saying within higher education, ‘publish or perish’, is testament to this. As a result, university staff, as well as the institutions themselves are not incentivised to overhaul their teaching methods in any significant way.

The literature on the learning outcomes produced in online formats at present is decidedly mixed. There are undoubtedly numerous benefits to the rise of online education and in particular MOOCs. For one, it is a much more flexible form of learning than traditional schooling. Students who otherwise may not be able to further their education are able to do so through remote, online learning. Research by Markova, Glazkova and Zaborova (2017) indicates that the possibility of combining work and study is the primary motivating factor for students enrolled in online courses.

Online learning also has the benefit of lower operating costs, which can then be passed onto the student. This is a particularly important point in light of the student loan crisis in the United States in particular. Online schools and bootcamps, such as Lambda School, are notable examples of this in action.

One of the problems with online learning at present is that, in contrast to more traditional forms of learning, a ‘best practice’ has not been established as definitively. Online learning is still quite new compared to other forms of learning. The technology is developing at a rapid pace. As with anything new, there is a lot of trial and error that inevitably enters the learning process. As a result, the quality of these programs varies wildly.

The distant nature of online learning, which does not allow for the constant presence of a teacher, also contributes to many students’ difficulty in being able to learn in online courses. Because of this lack of a teacher presence, many students often feel ‘confused, isolated and frustrated’. As a result, many students ultimately drop out the course who may otherwise had been supported had a teacher been able to assist them in a timely manner.

Another factor, one which is often overlooked in these discussions, is the students’ ability to seamlessly navigate and work with the online courses. It is usually presumed that today’s students are ‘digital natives’ – children who have grown up with digital technology. As such, designers of online courses build these assumptions into the design of their courses. For example, a natural proficiency with digital technology is assumed. Another assumption is that these ‘digital natives’ are able to multitask. However, this assumption may be incorrect. According to a recent paper from education researchers Pedro de Bruyckere and Paul Kirschner, both these assumptions have no evidence to back them up. The researchers present a literature review which finds plentiful evidence to debunk both claims.

Undoubtedly, online learning is going to be an ever-growing aspect of education in the future, particularly at the tertiary level. It is imperative that online courses become more effectively designed and accessible in order to maximise the benefits for students. That is not to say that traditional brick-and-mortar schools need disappear entirely, however. A blended approach, particularly at present, is likely the best way forward. Face-to-face interaction between student and teacher is still invaluable, as is the ability to collaborate and work with other students.

Ordinary World: EducationIs The Lambda School Model The Future of Higher Education?Ordinary Times: Education Links
[archive]
Please do be so kind as to share this post.

3 thoughts on “Is Online Education Living Up To Its Potential?”