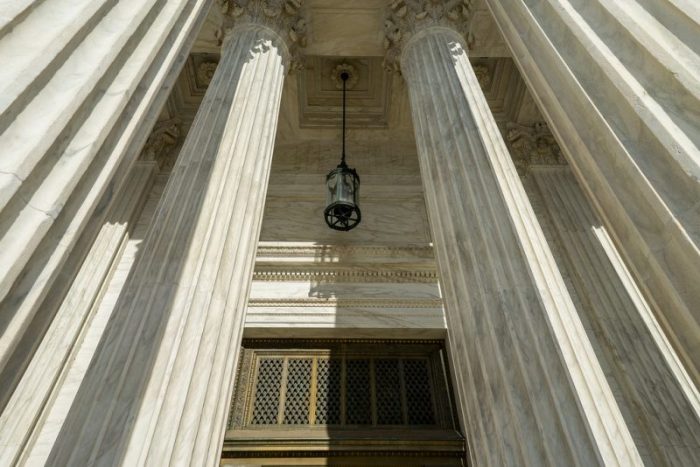 The Supreme Court continues to provide an interesting study in perceived contradictions with its most recent ruling. In a 5-4 decision that saw two justices switching teams, the Court voted to uphold the sentencing of a Florida man under the Armed Career Criminals Act (ACCA), which resulted in a minimum sentence of 15 years. The issue was whether Florida’s robbery statute, the basis for one of the defendant’s three underlying offenses, qualified as a “violent” felony, as required  by the ACCA. The SCOTUS majority decided that it did. The dissent was penned by Justice Sotomayor, and joined by Justices Ginsburg and Kagan–as well as Chief Justice Roberts, who once again shows signs of potentially taking over for recently-retired Justice Kennedy’s role as the swing voter.

The Petitioner, Mr. Stokeling, pleaded guilty to federal charges of being a felon in possession of a firearm. Mr. Stokeling had three prior felony convictions, one each of home invasion, kidnapping, and robbery. Stokeling argued his robbery conviction could not qualify him for enhanced sentencing under the ACCA, because Florida’s robbery statute did not require the amount of force contemplated by the ACCA’s intended definition of “physical force”.

What followed was a complicated, dense and hard-to-parse attempt to articulate and distinguish between violence, force, and force necessary to overcome resistance. In the end, the majority decided that because the Florida statute requires the offender to overcome resistance, any amount of force necessary to do so satisfied the ACCA. The dissent disagreed, arguing that under this reasoning, a purse snatcher would qualify for the sentencing enhancement if the victim grabs the offender’s arm to avoid the theft, and the thief wrenches free.

The issue is analyzed not under the individual facts of an underlying offense, but rather the statute under which a defendant was convicted. Here, Stokeling grabbed his victim by the neck and held on while ripping her necklace off. If the Court considered the facts in deciding if the offense satisfied the requirements of the ACCA, the result would be in little doubt. However, the Court’s consideration is whether the elements of the state’s statute itself satisfy the ACCA, without regard to the details giving rise to the charge. The dissent here opines that Florida’s robbery statute is too broad to qualify, because it can cover thefts never intended to be considered “robberies.”

Aside from the convoluted discussions about statutory construction, plain meaning vs. common law meaning, or force vs. violence, the case also represents another example of the perceived stream-crossing of the “liberal” and “conservative” justices. Given the current constitution of the Court, the makeup of this 5-4 decision is interesting. If all of the 4 liberal justices had “stuck together”, the result would have still been 5-4, but in favor of the liberal contingent, due to the defection of Chief Justice Roberts to the dissent. However, here we also have Breyer “switching sides”, and voting with the conservative block. While many believe that Roberts is the one to watch, Breyer also has a history of joining the “other side.” This chart is nearly five years old now, but it shows that as of 2014, Breyer voted with his conservative brethren, save Scalia, more often than any of the liberal judges did.1 (He often butted heads with Scalia over particular issues such as privacy rights, an issue on which Scalia was historically liberal and Breyer less so.)

The Stokeling case, however, did not involve any of the usual “hot button” issues that produce division.  The underlying dispute does not invoke privacy or search and seizure rights, which often do result in ideological splits. There is controversy over mandatory minimums and the severity of sentencing guidelines, but they’re not really in play here. In fact, this is the second decision out of the fall 2017 term to interpret the ACCA, and the earlier one was 9-0.2

As I noted last week in discussing the recent joining of forces by Justices Sotomayor and Gorsuch, the Court is not always as partisan as its reputation would suggest. Unanimous opinions are historically far more common than 5-4 splits. While some will look at the Stokeling decision and note with interest the seemingly contradictory positions of Roberts and Breyer, others will take note that Justice Kavanaugh landed with the conservative majority, where he would be expected to. But Kavanaugh’s name is only on 4 Supreme Court opinions thus far, and 3 of them were unanimous. More notable was his failure to sign on to the dissent to an order denying review of a case in which Planned Parenthood was the defendant. That case did not have much potential to impact the pro-life fight–it concerned the procedural rights of Medicaid members, not the legality of abortion–but nonetheless resulted in some hand-wringing and disappointment by some underinformed conservatives who saw it as a betrayal.

If Trump gets a third SCOTUS appointment in the near future, which seems increasingly likely, the Court will take on a stronger sheen of homogeneity. Fortunately for the future of fair jurisprudence, history shows us that is more cover than book.

One thought on “Further Observations on SCOTUS’S Strange Bedfellows”