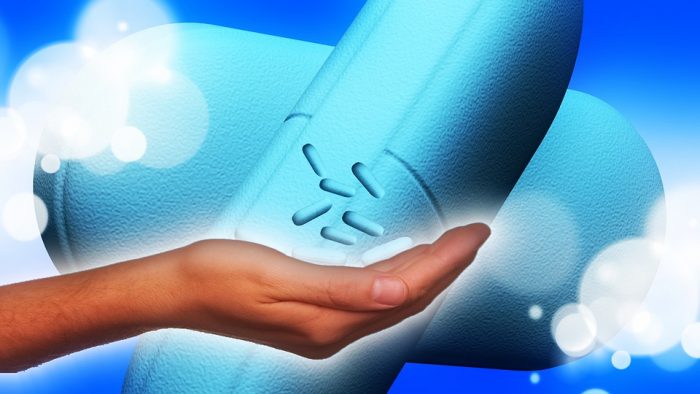 America has a strange relationship with the small handful of drugs it’s collectively chosen to tolerate. Alcohol. Caffeine. Under the right circumstances, Americans tolerate and even enthusiastically embrace amphetamines, too.

That’s exactly what Adderall is — a patented amphetamine with brand-name recognition. It now appears to be an inextricable part of our culture: once an answer to “problem children” and then young adults with “attention deficit”, it’s now, just maybe, a potential panacea for our culture of chronic burnout.

What Is Adderall? How’d It Become So Popular?

However, this diagnosis has become far more common in recent years — in the 1990s, physicians estimated that as many as 5 percent of American school-aged children had ADHD. By 2013, the rate was thought to have risen to 11 percent.

So, why replace Ritalin with Adderall? First, because it was longer-lasting and more effective at tackling these conditions.

Second? Because ADD had received a rebranding, and the most visible product on the market for combating it likely required one, too. It’s all about staying relevant. And medicating (and over-medicating) for attention-related problems in children has never gone out of style. Prescription data tells us that in the first four years of its availability, Adderall had scored 5,000,000 prescriptions across the United States. By year nine, we’d hit 9,000,000 prescriptions and reached an industry-wide sales total of $2 billion.

But what are we medicating for?

Everything, it seems like. Adderall is set to become a $17.5 billion industry by 2020, and it’s because we prescribe it to people from all walks of life. For comparison, the entirety of the caffeine industry in America is worth $30 billion a year. Adderall is manifestly a mainstream product.

But between 2008 and 2012, young adults saw some of the highest rates of use, with prescriptions to this demographic increasing by 53 percent. Some people are just looking to get by, and they increasingly feel like they don’t know how to do it without ever-larger doses of drugs that, in any other sphere, would be recognized as dangerously habit-forming and rightfully illicit.

Letting this drug into the American mainstream poses a host of other problems, as well.

Adderall Is a Product, Like (And Unlike) Any Other

To understand Adderall’s unique place in American life, we need to remember it is a product. And because it’s a product, the lives of thousands of people in this country revolve around convincing people to buy it. To buy it for our children. To hear Alan Schartz tell it in his book, “ADHD Nation,” the drug’s creator’s used the phrase “ADD for All” as the impetus for its name.

And that’s exactly what happened next: everyone started taking it. Maybe this is what the rebrand was all about. ADD and Ritalin are for kids, but ADHD and Adderall are for everybody.

By the mid-2000s, the fastest growth in Adderall prescriptions was among adults. And by the year 2012, the 20-39 age bracket had reached a new milestone of 16 million prescriptions, alongside a spike in popularity — and the rise of black markets — at universities and even on primary education campuses.

So, why mention all of this? Does America’s consumption of Adderall constitute a problem? Or a public health crisis?

Many, including the director of Netflix documentary “Take Your Pills,” believe so. The film is inspired by an increasingly vocal backlash against the way the drug is distributed in America and the degree to which a wide variety of demographics appears to rely on it for self-medication amid a backdrop of economic collapse and political and civic turmoil. “Take Your Pills” and its director argue that Adderall is directly linked to the American Dream — and our abuse of the former is a criticism of the state of the latter. Here’s director Alison Klayman:

“In the political arena [in 2016] there was a lot of discussion about voters feeling anxious and feeling concern for ‘The American Dream’ and how difficult it can be … We talked to over 100 people across all breadths of life … and they all had these feelings of pressure and they wanted to use whatever they could to get ahead. That’s not to say that the drug caused these concerns. Or that the drugs are responsible for a relentless pursuit of success. Or working longer. Or even inequality. But the point is that these drugs exist on top of a system that is rife with these issues, so it really is part of the story.”

Many of the rehabilitation center representatives you can talk to will tell you there’s little difference between a “lower-class” meth addict scrambling for a fix, and an employed, working-class American who abuses Adderall to get through their workaday life. The difference, predictably, comes down to stigma — we have a caricature of the “typical meth user” thanks to the media’s portrayal of them.

But there is no “standard Adderall abuser,” so we don’t know the first thing about how to talk about it. Yet, the effects on the body and mind are terribly similar between the two. America has a long history of failing drug addicts. What happens when drug addicts can look like anybody?

Between 2005 and 2010, hospitalizations for complications from the overuse of ADHD stimulants doubled. Abuse of this drug is so widespread among students alone that, in some regions, universities are actively lobbying to have it banned.

What Are We Medicating For?

We are far from the “epidemic levels” of amphetamine salts abuse we saw in the 1960s, but America is working as hard as ever — and probably harder — for less money than ever, while having virtually no impact on public policy. This is a society practically designed to encourage the abuse of stimulants. It’s also a world swimming in its many unpleasant side effects — heart problems, the potential for stroke, irritability and other psychological disturbances such as anxiety and panic attacks.

But aren’t we taking it for stress and anxiety in the first place? To keep steady and alert in an overwhelming world?

The truth is, scientists don’t even have a firm understanding of what changes take place in the human brain after many years of abusing drugs like Adderall. But we do know that people of all ages and from all corners of the world and economy pursue this substance as though their lives depend on it. And they do — sort of. Most of us feel the pinch of unhealthy work-life balances and the curse of diminishing economic returns sometimes. The concurrent rise of economic inequality and higher rates of workplace stress, combined with relentless drug marketing, have made this a perfect storm.

When we remember that Big Pharma helps bankroll the American Psychiatric Association, and therefore has a hand on which conditions get recognized as diagnosable disorders and which do not, it becomes less of a surprise that Adderall is such a presence in our country.

Indeed, these drugs can arguably help some, but the rate at which we’re prescribing them is most certainly far beyond what’s necessary, and they’re becoming a go-to for far too many otherwise treatable medical concerns. So if you’ve come away from this with the nagging sense that we’re buying this snake oil for no discernable reason other than because it’s been marketed in our general direction — for conditions which, when they are medically detectable, are generally of society’s own making — you’re not far from the truth.

A Higher American Minimum Wage Is Something We Shouldn’t Even Be DebatingWhy Do Needle Exchanges Keep Getting Shut Down Despite Evidence of Their Effectiveness?The Sad Reality of Retirement in America
[archive]
Please do be so kind as to share this post.