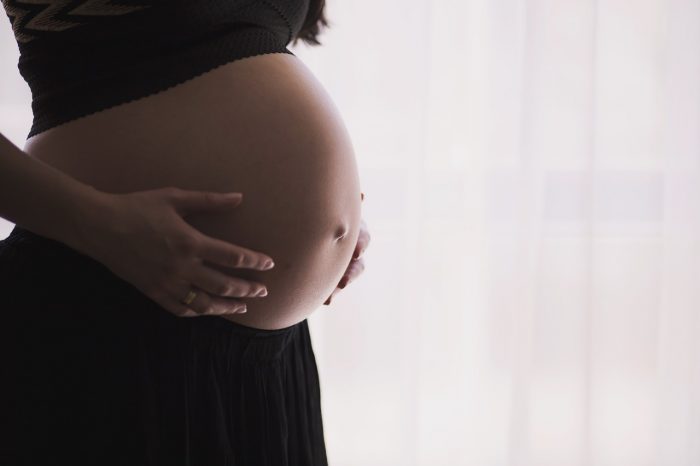 At what stage of its existence does a human life become a human being? Since personhood isn’t a scientific concept, science has little to say about this topic. Science has, however, provided us with important information about the physical qualities and capabilities of the unborn at their various stages of development, information that has served to both clarify and complicate the issue of personhood. We know, for example, that the unborn are indeed human. We know, too, that they are individual entities with their own unique DNA. Thirdly, we know that they are alive. If they weren’t, they would cease developing in the womb, resulting in a miscarriage or stillbirth. So when we talk about the unborn, we are indeed talking about individual human lives. And to many pro-life activists, that means we are talking about people.

Confronting the question of personhood is an intriguing philosophical endeavor. But from a policy standpoint, it is, for the time being, an irrelevant question. That’s because forty-six years ago today, the Supreme Court legalized abortion nationwide with its opinion in the landmark case of Roe v. Wade. In that opinion, the majority concluded that a woman’s right to an abortion was covered by the privacy rights enshrined in the Fourteenth Amendment of the U.S. Constitution.

The odds that Roe will ever be overturned are exceedingly slim. It has already survived one major legal challenge in the 1992 case of Planned Parenthood v. Casey, and there’s no indication that the current court, despite its conservative majority, is any rush to rock the abortion boat. It’s been less than a year since Brett Kavanaugh was confirmed to the Court, and he has already sided once with patients of Planned Parenthood in Kansas and Louisiana. He was joined in that case by Chief Justice John Roberts. Roberts, like Kavanaugh, was also once considered a serious threat to abortion rights. That of course was before he voted to uphold Obamacare. Since then, he has not been as reliably conservative as Republicans had once predicted. It is very far from certain that either he or Kavanaugh would vote to overturn Roe. And it’s even less likely that they would both vote that way. So for now, the right to an abortion appears to be secure.

There is, however, a very impressive technological innovation that could intensify the abortion debate to a degree not seen since Roe: the artificial womb. While it may sound like the stuff of science fiction, researchers at Children’s Hospital of Philadelphia have already used the technology to facilitate the development of fetal lambs for a period of four weeks. The technology holds tremendous promise for future generations of premature babies who might otherwise experience a wide array of lifelong health problems.

While the researchers at CHOP have insisted that they aren’t interested in using the technology for any purpose other than to address the complications resulting from premature births, it’s naïve to think that this is where the story ends. Artificial wombs could be of tremendous value to infertile couples. They would give doctors easy access to the fetus so that they could act quickly to resolve any potential issues that arise during gestation. Perhaps most significantly, they would also give women the opportunity to bypass the burdens and dangers associated with pregnancy altogether.

However, they would also give the pro-life community a powerful new argument: if it’s possible to terminate a pregnancy without terminating the life of the unborn, abortion should be abolished once and for all.

That assertion may resonate quite strongly with many Americans who are on the fence about abortion. But will it result in any substantial changes to federal law? Probably not. Even if it one day becomes just as safe to transfer an embryo or fetus from a woman’s uterus to an artificial womb as it is to have an abortion, the right to choose between the two procedures rests in the hands of the patient. Only under very specific and rare circumstances can a doctor perform a procedure on a patient without that patient’s consent.

It’s less clear—to me, at least—how the medical community might respond to the advent of an artificial womb. If it becomes possible to safely terminate a pregnancy without also terminating the life inside the womb, would a doctor’s decision to continue performing abortions constitute a breach of medical ethics? Could it be argued that when presented with two viable procedures for safely terminating a pregnancy, doctors would have a moral duty to refrain from performing the one that unnecessarily ends a human life? I suspect there will be some disagreement among medical professions on those questions, but I digress.

Regardless of how that particular debate plays out, common sense says that the prospect of becoming a mother without having to endure an actual pregnancy will be too good for many women to pass up, and that the use of artificial wombs will consequently become widespread. Common sense also tells us that some of those women—and some of their partners and spouses, as well—will have second thoughts about becoming parents before their babies have fully developed.

Enter the issue of personhood and the passionate responses it provokes.

What happens when the soon-to-be parent(s) of an unborn human gestating inside one of these artificial wombs suddenly decides that they don’t want children? What will be the fate of their still-developing offspring? This is where the situation gets messy. If that embryo or fetus is indeed a person, then clearly it must be allowed to gestate to term and be given a chance at life. If it is not, then, presumably, the would-be parent(s) would be at liberty to abort it.

The debate over personhood isn’t new, but it hasn’t registered much of an impact on modern-day conversations about abortion. One of the reasons for this is because of a very powerful argument put forth by philosopher Judith Thompson in A Defense of Abortion. Thompson’s position is that even if the unborn are indeed people, that does not mean abortion is morally impermissible. She illustrates her argument with an interesting theoretical scenario involving a violinist who suffers from a fatal illness. You wake up one morning and discover that in order to save the violinist’s life, a group of musicians have kidnapped you and joined the violinist’s circulatory system to yours. Now the two of you are connected, and you must remain connected for the next nine months. If you decide to unhook yourself from the violinist before those nine months are up, he will die. Thompson argues that while it would be very kind of you to voluntary remain connected to the violinist, you are not morally obligated to do so. His right to life does not trump your right to decide what to do with your own body.

Thompson’s argument is as compelling today as it was when she first published it in 1971. However, it obviously doesn’t apply to artificial wombs. In fact, when artificial wombs do hit the market, the “my body, my choice” mantra of the pro-choice movement will be rendered meaningless except in cases involving women who choose to have children the old-fashioned way. When that day arrives, the focus will shift squarely to the question of whether an unborn human life residing inside an artificial womb has the right to live, the answer to which would seem to depend on whether that unborn human life should be considered a person in the eyes of the law.

In that scenario, pro-life activists may have a slight advantage. In Roe v. Wade, the Supreme Court did not confer personhood on the unborn. However, it did give the government the power to regulate abortions involving viable fetuses. A fetus becomes “viable” once it’s able to survive outside a woman’s womb. It therefore stands to reason that, under Roe, the government might have the power to criminalize abortions carried out on any embryo or fetus gestating inside of an artificial womb.

A potential counterargument against such a law is that only the parent(s) should have the right to decide the fate of their unborn child. But that argument could prove to be extremely problematic, as it implies that it should be both legally and morally permissible for the parent(s) to essentially claim ownership of another human life. Ironically, such an argument could run afoul of the very same constitutional amendment that has preserved the right to an abortion for the last forty-six years. One way to avoid that scenario would be to try and convince the American people that the unborn are not actual people—at least, not until a certain stage of development. If the public agrees, then embryos and fetuses that have yet to reach the agreed-upon stage at which personhood is formally recognized would not be protected by the Constitution, including those sustained by artificial wombs.

Pro-life activists might find this all very encouraging. They may believe this is a debate they can win. But they, too, have serious considerations and difficult questions to ponder. If they one day succeed in lobbying for a ban on abortions for embryos and fetuses that reside in artificial wombs, there’s bound to be an increase in the number of parentless children in this country. And if that increase is substantial, it could overwhelm the social programs and charitable organizations designed to assist those children. Would the pro-life community be prepared to do its part to satisfy the ensuing demand for more resources? Would they agree to pony up the taxes needed to house, feed, and educate all those kids?

Abortion is an issue that many Americans feel very passionately about, so much so that fourteen years after the Roe decision, Supreme Court Justice Harry Blackmun, author of the Court’s opinion, was still receiving hate mail. However, it’s not the front-page topic that it used to be. It didn’t even rank as one of the top ten issues that voters had in mind when they cast their ballots in the 2016 presidential election. When artificial wombs become a reality, though, Americans will suddenly find themselves in the position of having to tackle one of the most complicated questions humanity has ever encountered: what, exactly, does it mean to be human? The debate over that question isn’t going to be pretty, but it should certainly be interesting. I, for one, just hope we’re up for the challenge.

Outer space enthusiast. Japanese history junkie. I write about politics, culture, and mental illness. Disagreement is a precursor to progress.

Threading the Needle Between Fat Shaming and Fat Acceptance
[archive]
Please do be so kind as to share this post.

39 thoughts on “How Artificial Wombs Could Transform the Abortion Debate”