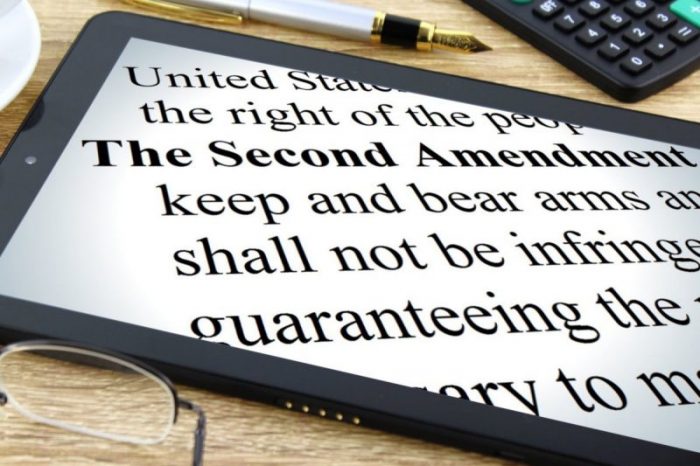 Last week, the 9th Circuit upheld a federal law prohibiting an undocumented immigrant from possessing a firearm. The ruling in U.S. v. Torres went largely unnoticed among the politicos usually vocal about laws which restrict the right to bear arms. The NRA made no statement about it; there was no Twitter post by Dana Loesch, no long opinion pieces decrying judicial activism. No lamenting of the curtailing of our freedom and the tyrannical gun grabbers. Why?

Well, you might suggest it is because it is a circuit opinion, not SCOTUS, and therefore not of as much interest. But last summer when the same circuit upheld the Unsafe Handgun Act, which required newly sold handguns to have certain safety feature, the 2A pundits came out in force to criticize the “bizarre” law and the “nations most progressive court”.So there must be some other reason why the Torres decision is not a problem for them.

Maybe it’s because technically, undocumented immigrants are criminals, and 2A supporters believe that felons shouldn’t be allowed to own guns? Except that violating immigration laws is not a felony, and the NRA is on record for supporting the restoration of gun rights to convicted felons. So that can’t be it.

Obviously, then, it must be that they are not citizens and therefore the constitution does not apply to them. But that doesn’t square with the position of many gun rights advocates who insist that gun ownership is a “natural right” endowed by God, not the government.

From Kevin Williamson, writing for the National Review:

Conservatives take a different view, one that is rooted in the nation’s foundational philosophy. The American premise is a theological premise: that all men are endowed by their Creator — not the state — with certain unalienable rights. For our Founding Fathers, who were steeped in the Anglo-Protestant liberal tradition, this was not only the truth but the “self-evident” truth. The right to keep and bear arms, like the right to speak one’s mind, worship as one sees fit, and petition the state for redress of grievances, is not the king’s gift to give or to withhold — the matter was settled by no less an authority than God Himself. For those who are not of a religious cast of mind, the same conclusion can be arrived at through the tradition of natural law and natural rights, which the Christian liberals of the 18th century understood as complementary to their discernment of Divine intent.

And if that is the case, since undocumented immigrants are, indeed, people, then they logically must enjoy the right to bear arms regardless of the applicability of the constitution. Right?

That does not seem to be a position that the usual gun rights folks are in a rush to take. Rather, this would appear to be yet another example of “the Right of the People, but not those people, to keep and bear arms”. The truth of the matter lays bare a sad reality of hypocrisy and selective outrage. It damages the validity of the gun-rights lobby when they fail to exert their passionate advocacy equally.

The undocumented immigrant at the heart of the 9th Circuit case is Victor Torres, a Mexican man who has been in the US since 2005. Torres had a loaded revolver when he was arrested, along with bolt cutters, 2 items appearing to be silencers, and a stolen bicycle, and admitted to gang membership. There may be several legitimate concerns over Mr. Torres’ possession of a gun, but the only one which appears to be of any concern to the 2A crowd is his citizenship status.

The lack of outrage here is similar to the deafening silence by the NRA when a lawfully armed black citizen is gunned down by law enforcement, as has happened several times in recent years. Perhaps the NRA fears alienating its membership if it appears to be advocating for undocumented immigrants, or the rights of minorities. But the inconsistencies of their positions make them an easy target for criticism by those who question the purity of their motives and ideals.

Perhaps proponents of gun control would be more receptive to the arguments of gun rights advocates if the message was more consistent. As it stands, their selective application of their own principles leaves their position hollow, and the sincerity of their beliefs in question.

Up the CreekWednesday Writs for 1/23Further Observations on SCOTUS’S Strange Bedfellows
[archive]
Please do be so kind as to share this post.

76 thoughts on “Unalienable, Except for Those People”