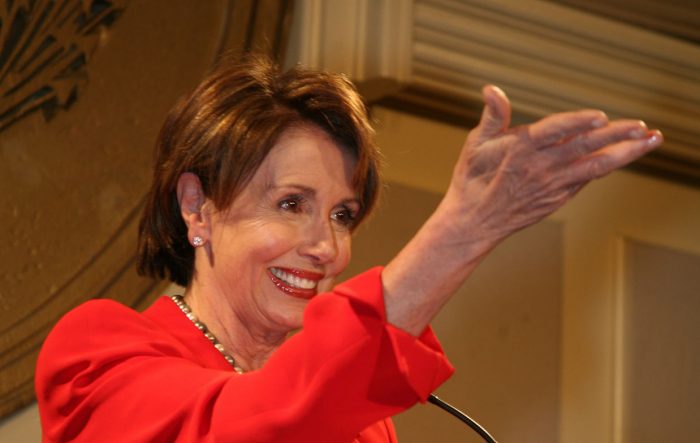 James Joyner believes Nancy Pelosi is getting too much credit for the shutdown:

Essentially, then, Pelosi is being credited for being ruthless with an unbeatable hand. Trump was betting that Democrats would care more about the non-military parts of the government being shut down that Republicans and caving. He lost.

Yet, all the polls showed that the public blamed Trump for the shutdown, so Democrats were winning the political fight. They just had to be as willing as Trump to let Federal employees suffer in order to get the win. Pelosi was able to persuade them to hold out.

Beyond that, it may have been the furloughed employees themselves that turned the tide by refusing to continue working without pay.

I certainly agree that it was the workers that did the shutdown in, and the power the workers have here is quite important going forward. They may have the ability to determine who “wins” a shutdown by what they do. That’s bad for Republicans, who tend to lose shutdowns even without this.

It’s also important to point out that while the polls were comparatively kind of the Democrats, they weren’t actually really behind the Democrats. Voters mostly wanted the shutdown to end, and over half were willing to see the border wall funded to make that happen. In other words, they agreed with the Democrats on the substance but did not agree with the fight. The last time you had these sorts of bad-for-Democrats-worse-for-Republicans dynamic was when Hillary Clinton’s favorables were low and Trump’s were lower and people (including myself) assumed this would benefit Clinton.

It’s not just that she held the caucus together, but she was betting heavily that things would turn out the way they did. In retrospect that seemed inevitable, but the longer this went on the more intractable the situation and the greater the temptation to come up with a face-saving deal even as the cost of doing so rose along with the costs of not doing so. All of which could be avoided by making a largely symbolic concession early (not that symbolismisn’t important). It’s not just that she won the politics of it on the surface, but the economy didn’t crash and neither did any planes. Neither of those were a given and if either of them had happened there is no telling how this would have gone. Trump might have been willing to let either happen before caving, and might have even emerged victorious from the rubble.

But she made that bet and won it. She gets the W.

So now what? Well, we may be here again in a few weeks but I suspect not. Ordinarily I urge caution when it comes to doing touchdown dances, and that’s the sort of thing that might count double for somebody like Trump. I’d worry you could talk him into another shutdown the same way that Obama and McKay Coppins mocked him into running for president in the first place. But these are special times and special circumstances and I think Pelosi and the Democrats are right to make this as painful as possible for Trump. Make him never want to do it again. Make him never want to listen to the people who convinced him to do this again. If we’re lucky, take the shutdown arrow out of the quiver entirely. Whatever else I might think of Trump’s judgment, I don’t think it’s quite so bad that he will try the exact same thing and expect different results.

Maintenance From Roughly 8-10am EST TomorrowWe Are Experiencing Some Technical DifficultiesYour Cigarettes Or Your Sanity
[archive]
Please do be so kind as to share this post.

43 thoughts on “Nancy Pelosi For The Win”