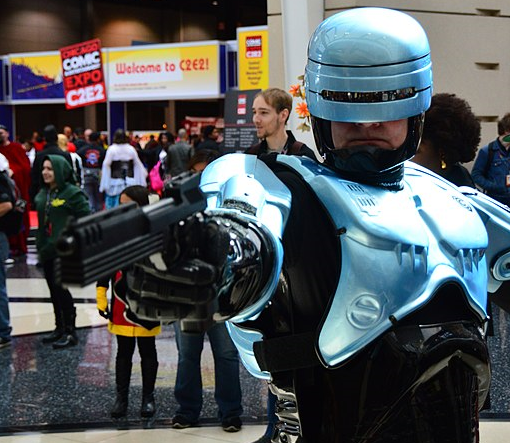 Blade Runner has occupied an exalted place in my personal universe of film ever since I saw it for the first time in sixth grade. It was, to quote a fellow sixth grader, “the most futuristic thing I’d ever seen”. It was the pinnacle of pre-CGI special effects1 , with an absolutely revolutionary and endlessly imitated approach to production design, a superb score, and a story that was weird and intriguing and mysterious, or perhaps mystifying. I didn’t really understand it, but I knew I loved it.

A couple years later, the “Director’s Cut” came out, and I liked it even better. I was a hardened and cynical 14 year old by then, and appreciated that the tacked-on happy ending had been dropped, along with the rather corny voiceover that did nothing to actually make it less mysterious. I also had been forearmed by reading a Boston Globe review, so I realized that the story cast doubt on whether Deckard was a replicant himself, and (despite my generally inattentive viewing habits) I actually picked up on the unicorn thing.

But while I missed some of the blurring around the humanity of Deckard, and for that matter his quarry, I don’t think my puberty- and hyperactivity-addled brain was the entirety of the problem. I didn’t realize why until I read this essay by Gretchen Felker-Martin2 on why the movie isn’t very interesting.

It’s a fine essay, by the way, and you should read it, even though it pans what is – in my opinion – one of the best movies in the history of movies.

The author argues that the movie isn’t very thematically interesting, and while I’m not sure I agree that art doesn’t need to answer questions about what it means to be human3 , I do agree that Blade Runner does little to make the question interesting. In some ways, I don’t think this is a particularly damning critique, just because it’s better than even odds a “serious science fiction movie” will obscure the banality of its alleged insights into the human condition with stunning visuals. Still, I believe that a movie could absolutely do a better job addressing the way technology can dehumanize us.

I believe that because there is at least one movie that does do a better job of it: RoboCop.

And I believe RoboCop does a better job of it because of its genre.

Both Blade Runner and RoboCop are science fiction movies, but neither is only a science fiction movie. Blade Runner is also a hard-boiled detective story, while RoboCop is a reactionary ‘80s action movie. Hard-boiled detective stories are all about the way our human foibles end up eroding supposedly clear moral boundaries. People who try to cut a straight path are forced to compromise by those foibles, and those who don’t make the effort are typically destroyed by them. In a world without clear boundaries, it’s hard to really imagine a distinction between human and replicant, and the basic tenets of hard-boiled stories leave little room for characters who are less than human4 , and it’s hardly surprising that building a story around a division that your aesthetic language can’t articulate doesn’t work terribly well.

RoboCop, as reactionary ‘80s action, inherits genre conventions complete with both clear divisions and dehumanization. These movies, especially if they are merely adequate (or outright bad) feature inhumanly stoic protagonists gunning down mobs of disposable baddies, occasionally pausing long enough to deliver a quip over a fresh mound of corpses. It works as a rather vicious parody of the form by making the killer hero into a literal machine, but the bodies still pile up just as surely as they would if the movie were playing it entirely straight.

That’s just the middle of the movie, though. It’s the beginning and the end that make it more than just a blunt satire on a bunch-of-not-terribly-good movies or even ‘80s consumerism. They make it a good satire, and also a good story.

The movie begins with Murphy, a policeman in a dystopian, violent, allegedly futuristic Detroit that isn’t all that different from the 1980s movie conception of actual contemporary cities.5 The cops wear black body armor that is roughly as effective as the white armor issued to Imperial Stormtroopers, and they drive Ford Tauruses. Murphy is quickly sketched as a decent guy, but not a particularly intimidating one; both he and his partner Lewis are likable working stiffs, not Dirty Harry (or, for that matter, fellow Detroit cop Axel Foley).

Almost immediately, the movie destroys Murphy’s humanity before our eyes. First it’s body horror, as his body is shot to pieces with literally agonizing deliberateness, and then he is recycled to make Omni Consumer Products’6 newest, ah, product: RoboCop. And, in the manner of products, it is inhuman, something that is emphasized with mechanical movements, and even the scenes presented from RoboCop’s point of view, complete with the Terminator’s HUD7 and the Predator’s false color thermographic imaging8 . It plods stiffly from one violent confrontation with criminals to another, dispatching them and delivering glib one-liners with less affect than John Matrix from Commando.

As the story progresses, RoboCop is rehumanized, turning back into Murphy. This happens as his robot body is damaged and chipped away bit by bit, as his movement gets more fluid, and, most importantly, as he starts displaying human emotion, especially the human emotions of fear and pain, which most ‘80s Action Heroes are simply too tough to feel. This is mirrored by his final confrontation with the gang that murdered him, which is much more brutally violent than the middle act9 , where the legions of faceless gangsters go down with PG-13 blood squibs at worst. His last one-liner, instead of being an expression of tough-guy indifference to human life, is gallows humor about his own horrific situation and his partner’s perhaps mortal injuries: “They’ll fix it, Lewis. They fix everything.”

At the end, of course, he executes the villain, but it’s not clear that anything has been fixed, or can be. His partner may be dead, there is no sign he’ll be free of his directive to not harm OCP, and there’s little reason to believe that anything in Detroit is going to actually get better.10 Still, despite all of that, Murphy unambiguously reclaims his humanity.

This is why, I think, the parody hits so hard: it doesn’t offer anything like an answer to the question of what it is that makes us human, but it makes it clear that whatever it is, the heroes of ‘80s action movies lack it.11

2 thoughts on “Blade Runner, Robocop, and What it Means to be Human”