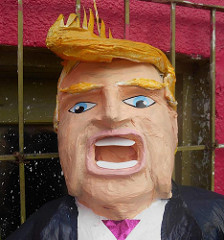 [T1] When more than half of the stadium was empty, I thought that might register with media depiction of the event, but the media keeps letting him pretend the stadium was full.

[T2] Over at Hit Coffee, I explore the question of whether or not Trump could cause a brokered convention.

[T4] Contrary to the claims of Trump and other lefty weirdos, Jeb Bush’s PAC did not actually photoshop him on to a black guy, and it was kind of a weird theory to begin with.

[T5] Pascal-Emmanuel Gobry takes issue with Donald Trump on birthright citizenship, arguing that the US is doing it right while his own native France got it wrong. 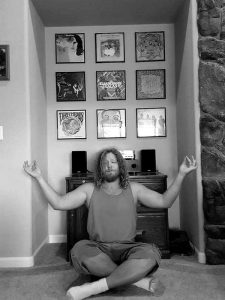 [F1] A millionaire in the UK is fined after recycling gravestones for his patio.

[F2] South Carolina passed some rigid laws to prevent pesky calls, but a recent court decision has placed it in jeopardy.

[F4] I’m on board with re-evaluating the Confederate Flag and other things, but this is silly. 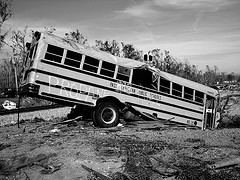 [D1] In Ferguson, some Oath Keepers decided to arm black protesters in solidarity.

[D2] In the tenth anniversary of Katrina, Owen Courreges wishes that people would stop calling New Orleans better after the disaster.

[D3] A couple that was getting it on fell in a moat and died.

[D4] Dan Kahan writes about the problem he sees with consensus messaging in the climate change debate.

[D5] While we debate the merits of birthright citizenship, Haitian immigrants are fleeing the Dominican Republic after their citizenship has been revoked. 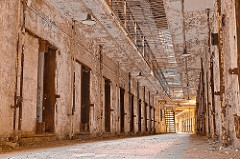 [P1] Vice asks the very Vicey question: What are things going to be like for Jared Fogle behind bars?

[P2] Companies that sell phone calls to prison inmates are, it turns out, really icky. Among other things, working with prisons to limit visitation.

[P3] Relatedly, private prisons may be bad, but according to German Lopez they are not responsible for mass incarceration.

[P4] How two similar-looking black men with the same name gave birth to the process of fingerprinting in criminal justice. 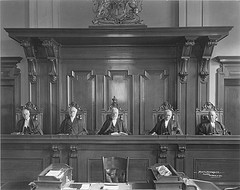 [CJ1] The bad news is that judges, like the rest of us, are susceptible to motivated reasoning. The good news – which unlike the bad actually is news – is that they are less so.

[CJ2] Sue Bell Cobb, former Chief Justice of the Alabama Supreme Court, is not happy about what she had to do to get that position. Judicial elections are a really, really bad idea. The topic is explored in John Grisham’s underappreciated novel, The Appeal.

[CJ3] Some Alabamians are saddled with such court costs that they end up committing crimes to pay for them.

[CJ4] Lifehacker debunks some traffic ticket myths. Some of them aren’t myths so much as “A lawyer might be able to do it, but you are less likely to.” Like Marco Rubio, I hired a traffic lawyer who got me out of a ticket where I was pretty clearly guilty. 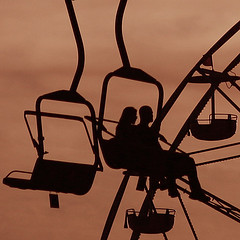 [CD1] Tracy Moore in Jezebel asks if deep debt should be a reason not to marry someone. It seems to invariably depend on a lot of specifics. I easily shrugged off my wife’s six-figure debt, but really got into it with an ex about her four-figure debt.

[CD2] Susan Krauss and Matt Huston look at how to break up, and how not to break up, while Maureen O’Connor writes about how to win your break up.

[CD3] Priceonomics has an article on what words and inflections correlate with good and bad first dates.

[CD4] We were taught that getting married later in life is better for marital prospects. While this is true up to a point, it may have its limitations and there may be such a thing as waiting too long. 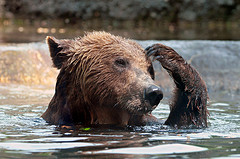 Image by Tambako the Jaguar

[B1] A bear poking its head through a doggie door? I’m going with scary.

[B2] Even if they’ve made the long transition from scourge to the cute mascot of anti-global warming efforts, maybe you should hunt polar bears because polar bears will hunt you.

[B3] You have maybe seen the videos of the bears playing in the pool. Uncle Steve makes a good point, which is that while it may be an exotic novelty to most, it’s probably a common plague to them.

[B4] Australia is running so low on koala food that they might have to start euthanizing.