Since the days have been getting shorter, last night I was able to point at the sky and say to my daughter “That’s the Moon.” I wonder now if that was a mistake.

I’ve linked to Richard Feynman’s talk “What is Science?” before:

How would you answer?

“That, nobody knows.” He said, “It’s very general, though, it happens all the time to anything; anything that is moving tends to keep moving; anything standing still tries to maintain that condition. If you look close you will see the ball does not run to the back of the wagon where you start from standing still. It moves forward a bit too, but not as fast as the wagon. The back of the wagon catches up with the ball, which has trouble getting started moving. It’s called inertia, that principle.” I did run back to check, and sure enough, the ball didn’t go backwards. He put the difference between what we know and what we call it very distinctly.

“Nobody knows”? As Feynman says, his father does not mistake the fact that he knows the word “inertia” for knowing why objects have inertia. He doesn’t know how to take out or put in the inertia of an object. Inertia is just there, and he can describe it. But he doesn’t consider that *knowing*. He won’t even tell his presumably very young son that he knows.

Here is Feynman interacting with one of his peers as a boy:

…this boy said to me, “See that bird standing on the stump there? What’s the name of it?”

I said, “I haven’t got the slightest idea.”

He said, “It’s a brown-throated thrush. Your father doesn’t teach you much about science.”

I smiled to myself, because my father had already taught me that [the name] doesn’t tell me anything about the bird. He taught me “See that bird? It’s a brown-throated thrush, but in Germany it’s called a halsenflugel, and in Chinese they call it a chung ling and even if you know all those names for it, you still know nothing about the bird–you only know something about people; what they call that bird. Now that thrush sings, and teaches its young to fly, and flies so many miles away during the summer across the country, and nobody knows how it finds its way,” and so forth. There is a difference between the name of the thing and what goes on.

Knowing the name for a thing can function as a curiosity–stopper. Presumably, Feynman’s father could have spent the time he spent talking about how to say “brown-throated thrush” in Mandarin to deliver more factual knowledge. Instead, he used it to emphasize the limits of knowing the name of something.

I am only aware of these two anecdotes of Feynman’s father. In each, whatever scientific factual knowledge is delivered with an immediate attempt to negate the feeling of smug satisfaction that comes with knowing the proper name of something.

You’re probably familiar with the graphs displaying the phenomenon where the more you learn about a topic the more you realize you don’t know about it. When you don’t know very much, it is easy to learn some vocabulary and thus feel you know everything.

We only feel we don’t know very much about something when we know nothing or when we genuinely approach expertise. Feynman’s father seems to be explicitly trying to inculcate that sense of there’s-so-much-I-don’t-know from the beginning. He seems intent on Feynman being familiar with his epistemic limits throughout his learning curve. 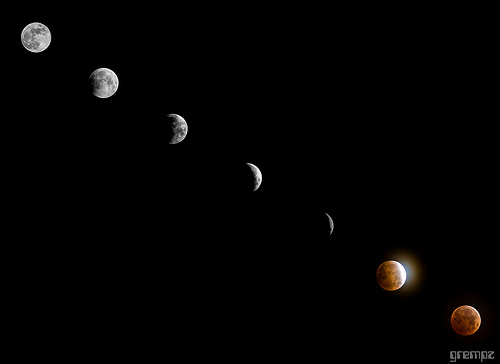 Tonight, my daughter joyfully looked up in the sky and identified the Moon. I am glad she can do this. But is she doing it with misplaced pride? Should I tell her that “Moon” is the word English-speakers use, but make sure she also understands that the word itself doesn’t tell you anything about the Moon actually *is*?

Postscript: The day after writing this, my daughter again identified the Moon. Ten minutes later, when we moved to another location she announced “Another Moon!”

20 thoughts on “The Richard Feynman Guide to Parenting”