Looper says that a Krypton TV show is doomed to failure because: 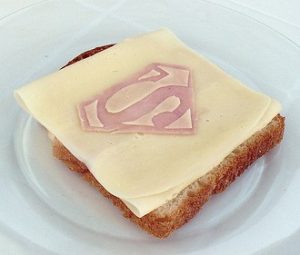 I pretty strongly disagree. Given that three of the five objections are objections to prequels, though, that might be the main source of the disagreement. I think knowing where something is headed can make something more enjoyable, as you watch it unfold. It requires a different sort of storytelling, but that Krypton explodes is no more spoilery than that Oliver Queen will find his way out of his current predicament, whatever it is. The only difference is whether it is explicit about knowing the ending, and being explicit can open narrative doors. The story is how you get there, not where you get.

I do think the lack of tie-in with the DC Universe can be potentially troublesome. Not because it needs to be, but because there is always the tendency of writers to try to create tie-ins. Arrow and The Flash are replete with examples of using existing other characters just because they can. Sometimes it is used to good effect, but other times it creates problems because when they later have an actual use for the character, they’ve already burned it. So when they need Black Canary, they have to start with someone that isn’t Dinah Laurel Lance.

This was a huge problem in Hawkworld, a comic book series that was meant to be a prequel to Hawkman. The story featured future Hawkman Katar Hol as a police officer on Thanagar. Except that they wanted to be able to do crossovers, so they fiddled with continuity to such a degree that they never really recovered from it. The existing Katar Hol on earth was changed to a Thanagarian spy. It was a real stretch and Hawkman became notorious as having the worst continuity this side of Power Girl.

But on the whole, I think it can work artistically if not commercially. If that’s the case, it’ll be a lot like Caprica, the prequel to Battlestar Galactica which which Krypton would share a great deal in common.

10 thoughts on “The Fall of Krypton, Episode By Episode”