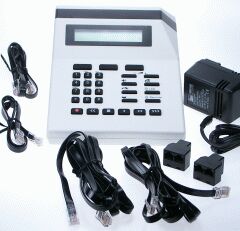 Last week, I promised some additional thought on the metadata monitoring issue; as you’ve read, I’ve been busy with family obligations and haven’t had a chance to do a lot of thinking or research about the issue. After a long, boring drive through Indiana, I’ve had some time to collect my thoughts on the issue. As is often the case, my own legal experiences provided the guide to my thoughts.

Now, I see a substantial qualitative difference between getting a list of phone numbers, call times, and durations on the one hand, and recording and listening to the content of conversations on the other hand. Yes, this sort of information can be misused. And yes, this information, once gathered, could be used to support more intrusive sorts of monitoring, such as actual wiretapping, either with or without a warrant. But still, actually listening to what people say is clearly more intrusive and invasive of a privacy interest than what we are talking about, and the privacy interest at stake is much more well-defined and easy to understand. The “what” and “why” of a conversation contains the essence of the conversation’s value and therefore reaches the very heart of why conversations are protected by privacy interests. 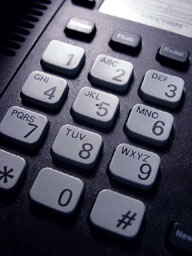 But I’ve thought about my experiences as a lawyer in getting telephone records. Typically, phone companies resist responding to subpoenas for telephone records even in the face of compliance with all legal requirements that would normally compel their production. For instance, in California, document subpoenas typically require what is called a “consumer notice” to issue to the person whose records are being requested. And by operation of law, a plaintiff waives any privacy right pertaining to any issue remotely related to a case by filing the lawsuit in the first place and putting those facts at issue. California is not a state that treats individual privacy rights casually. Yet despite this, phone companies in California are very reluctant to give up telephone records of their subscribers and instead usually require an explicit consent to give them up.

Clearly, something is being protected here. You can tell a lot about a telephone call and about the person who placed the call with only “who,” “when,” and “where.” And telephone records only give the same kind of information that this “newer” program would reveal – the number called, the time of the call, the duration of the call, and possibly the exchanges used to route the calls, which could reveal the location of the calls. These records do not reveal the “what” and the “why” of a conversation; they only reveal the “who,” “when,” and “where.” If the phone companies protect these records so zealously from subpoenas – which are, after all, court orders – then they apparently believe that these records contain privacy-protected information. So do their subscribers, and rightly so. 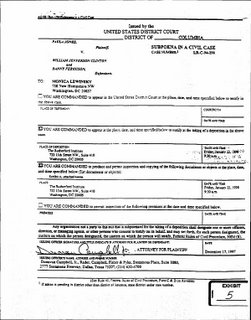 What’s most bothersome about all of this is that the phone companies involved apparently cooperated voluntarily with the NSA’s request for this information. When the NSA showed up and says, “Hey, can we have every phone record of every call anyone has made for the past five years,” Verizon gave it up faster and easier than a drunken sorority girl at homecoming. When a lawyer shows up with a valid court order compelling production of particular phone records, the phone companies get religion and insist they’re protecting their customers’ privacy rights. As I understand it, some of them are getting sued for this. Good. The dichotomy is irreconcilable.

One of the phone companies, Qwest, refused to cooperate – and that was the end of the story. Good for Qwest; if I ever again get a land line, I’m going to use them. I’ve heard a number of people shrug off the program as if to say that the government could have got the records by subpoena or executive order if it had chosen to and they think (incorrectly) that the USA PATRIOT Act permits this sort of search. Still others seem to think that because the phone companies voluntarily turned over the records, nothing wrong happened. Nearly two-thirds of respondents to a poll referred to on NPR stated that they were unconcerned with the government’s collection of this data. All of this misses the point, which is that there is a reasonable expectation of privacy in the “when,” “who,” and “how long” dimensions of a phone call. You have an individual right – against everyone in the world – to have that information kept private absent a showing by the government of its need for that information.

I have to conclude that, once again, the Constitution has been violated in the name of the fight against terrorism. This is an overreaching diminishment of Americans’ privacy rights. Is it as bad as it could have been? No, but that shouldn’t stop you from being upset, especially because this represents another step down the slippery slope to a nightmarish scenario. Your rights have been violated, Loyal Reader. What do you intend to do about it? Are you going to be part of that two-thirds majority who shrugs off the violation of your civil rights by your own elected government after offering you a false bargain of liberty in exchange for security? Or will you, like me, insist that we are yet rich enough and powerful enough to have a country that is both secure and free?