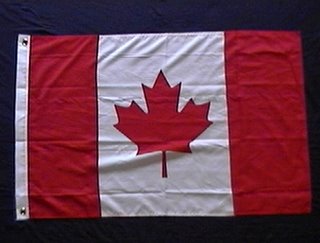 …about Canada, that is. Sure, I know they look like us, they talk like us (kind of) and they’re right next door, so you can’t really trust them. It’s awfully suspicious that they’ve infiltrated our entertainment industry to such an extent. And they engage in media protectionism within their own borders.

But not only do Canadians have the good sense to adopt same-sex marriage democratically, but you’ve got to read this.

Oh, I hear you scoff now: “An industrialized country, eliminating all of its debt? Pish! Debt is a necessary tool for running a sophisticated government, particularly one as paternalistic as Canada’s.” I’d have no come-back to an objection like, “Canada’s multi-party system is inherently unstable and when a new coalition or party takes power, this plan will go right into the loo.” But, the province of Alberta has already figured out a way to not only eliminate its deficit spending but it paid off all of its debt last year. And even if Canada’s leaders can’t pull off eliminating Canada’s national debt in fifteen years, at least that’s what people in Ottawa are talking about doing.

So, the real question is, why aren’t U.S. politicians trying to do something similar? Why isn’t this on either party’s agenda?