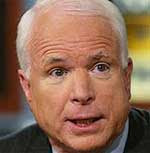 I’ve never been able to figure out why the religious right doesn’t like John McCain. It certainly isn’t his stance on the social issues that religious folks care about — he’s pro-life, against same-sex marriage, in favor of vouchers for religious schools, and in favor of federal funding for “faith-based” charities. All things that “values voters” care intensely about. But still they “pray they won’t be stuck with him.” There’s a deep-seated distrust there that no amount of positioning on the issues seems to be able to overcome.

For the life of me, I can’t figure out what the guy ever did to earn the enimity of these folks. 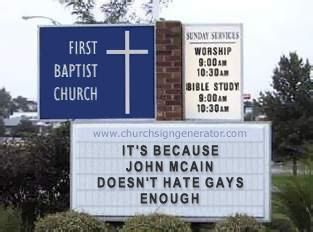