I had lunch today with a guy who is well-connected in local politics. We talked about how the Antelope Valley High School District has recently approved an online charter school, aimed to service “at risk” students who do not succeed in “traditional” school environments. We also discussed how much money was going to be moved around to make this project happen; there was some concern that the project would be nothing more than a financial boondoggle that would make its entrepreneurs rich without providing any real benefit to the students it was supposed to service. Seeking to lend some of my own experience to the conversation, I reminded my friend that I teach business law classes for the University of Phoenix.

“Well, do you find that it’s a good thing for your students? I mean, do they actually learn well in that format?” he asked me.

“Not really, although I can’t blame the online format for that, at least not much. It’s more the quality of students I get — they just aren’t very motivated and you need to be a self-starter to succeed in that sort of format. Maybe two in twenty actually seem to learn anything or take anything away from my class, no matter how much effort I put in to it,” I said back.

“Huh. Well, that’s at least an honest thing for you to say. You know, the University of Phoenix has a really good marketing and student recruitment department. But from what I understand, the academic oversight into what happens in the classes is pretty minimal.”

I had to admit he was right: “That seems about right. I get basically no feedback from my peers or the administration about whether the content of what I’m teach is right or not. I’ve had three classes in thirty reviewed, and I got very little critique into what I was doing, even though I know I’ve deviated a lot from the model class that they created for me.”

“Well, hey, the University of Phoenix does make quite a bit of money. I hope you’re getting your share of it, at least.”

“Not really. About a thousand dollars a class. I think that’s just a little bit more than what one student pays in tuition.”

“You know, that’s a price that seems more or less affordable for most folks, at least when it comes by way of student loans that the federal government either funds or facilitates in some way. And you’ve got twenty students in a class, you say?” I could see my friend doing some quick math in his head.

“More or less. There’s tech support and all that marketing to pay for — naming rights on an NFL stadium don’t come cheap.”

“I’ll tell you what, more than a few eyebrows got raised in Washington and Sacramento when they pulled that one. There’s that much extra money for their marketing?”

And that’s when it occurred to me that I had sort of crossed a line mentally about this sidelight. If I’ve become convinced that the classes I’m teaching aren’t doing any kind of substantial good, and instead are simply helping a big company funnel taxpayer dollars to its coffers at the expense of its students who have to pay back student loans for many years that don’t even reflect a real education that they got, what in the hell am I doing participating in this sort of thing? It’s all a gigantic ruse.

I don’t mind the idea of students paying money — borrowing money to pay for tuition — if they are going to be given a reasonable shot at acquiring an education. But the quality of students I’ve seen in the past year or so is atrocious. The vast bulk of them are so academically unprepared for what I’m teaching them that they haven’t a chance to succeed at all in any sort of an honest system.

But, they do get good grades — because I’m required to make them work in “leaning teams” and to award a quarter of their overall grades for, in effect, showing up (and some of them can’t even do that). The rest of their grades in my classes are based on objective tests, and the average grade on those tests is around 50% right. This is better than chance but not indicative to me that an acceptable level of learning is going on — if it were just the tests, I’d be flunking students out left and right. But the grading format I have to deal with provides a very substantial cushion such that a student who gets half their objective test questions right will get a “C” in the class. 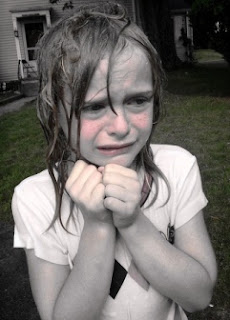 And oh, do my students whine about this! They all act as if getting a “C” grade was the equivalent of being publicly berated for stupidity. “I can’t believe you grade like this! I’ve always been a straight-A student until your class!” “How come you make us write in complete sentences?” “I’ve never had to cite my sources before this.” “Your tests are hard!” “This class is ridiculously difficult.” (Yes, some students appreciate being challenged, and it’s always gratifying when they say so. But the whining usually drowns out the praise.)

Grades have gone up, by the way, since I stopped asking my students to turn in research papers and essays. The quality of the writing was so bad that in my first class I was ready to fail everyone — and I was counseled by my trainers that what I was reading was “pretty good,” despite the lack of verbs in sentences, failure to spell-check, and inability to provide any kind of citations. My headaches went down and my students’ grades went up when I stopped asking them to write anything at all — but this means that it is simply another important life skill that their college is not teaching them.

As I told my friend at lunch, the students who do get value out of my classes are the most highly-motivated amongst them, the self-starters. They are in college for the right reasons, and they are using a remote learning format for the right reasons (they can’t quit their day jobs, they live in areas too remote to have access to a community college, etc.).

But the bulk of my students are going online for convenience. There is no reason someone living in the greater metropolitan Los Angeles area cannot attend one of the fifteen public community colleges or ten accredited baccalaurelate universities in the area and get a bachelor’s degree at a real school. No reason, that is, other than the fact that their academic qualifications are not sufficient to permit them to enter a college that exercises some degree of selectivity in the admissions process. Which does not mean that they cannot pull up their academic qualifications by going to a community college, by the way.

So I can’t go on with this. I just can’t be part of this system any more. The only thing that’s going on is the fleecing of a bunch of people who expect a sheepskin in exchange for agreeing to pay student loans. And the institution seems happy to accommodate them. Intellect, learning, and education have nothing to do with it. That’s not why I signed on to teach there. I signed on because I thought it would be a fun way to make some extra money while helping people get ahead in life. It’s stopped being fun and it’s stopped being helpful.

I’ve got two weeks left on my last class that I’m under contract to complete. After that, I’m done with it, until and unless I get convinced that I’ll be in a system with students who are there to learn, and a college that’s there to teach. I quit. 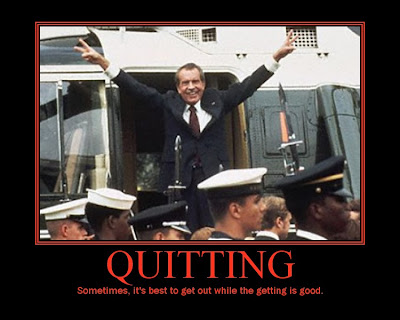