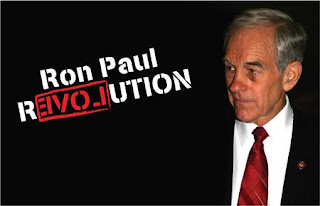 Ron Paul may well be the coolest 72-year-old running for President, I wouldn’t argue with that. And he’s got solid libertarian credentials, which sounds pretty good, at least on its face. I’m quite sure the GOP could use a good dose of libertarianism as an antidote to the George W. Bush style of “Big Government Conservatism.”

But I’m not a full libertarian, I’m a moderate Republican. I lean on libertarian philosophy for guidance when the answer to a political question is not clear. I’m glad that libertarian thinkers are standing up and shouting about the way things ought to be and I hope that their efforts draw the Republican party more towards that way of thinking than its current leadership would have things be.

But I’m not going to be part of the Ron Paul Revolution. Here’s why.

So yes, it’s fun to see him shaking things up, but when you look at his platform, this guy is weird. And misguided. I don’t want him anywhere near the Oval Office, much less sitting at the desk.