In part of my continuing theme of “dial the rhetoric down from eleven,” let me turn your attention to a phenomenon of truly astonishing disrepute: the fabricated hate crime. Here’s how I suspect the thinking behind such an activity goes, in a condensed version:

I am an advocate of policy X. Policy X is important and necessary and in perfect congruity with the basic principles of decency, morality, and the Constitution of the United States. Those who instead advocate policy ~X are, therefore, wrong and would steer the country in the wrong direction. That makes them bad. These bad people aren’t just misguided; they’re evil. They can’t see the importance of policy X — that means they’re opposed to and want to thwart decency, morality, and the Constitution of the United States. These evil people are traitors, they are the enemy! The enemy must be destroyed by any means necessary! Why can’t everyone see just how despicable and inhuman the advocates of policy ~X are? How can they be made to see this? I must demonstrate to the world what they’re capable of. I can do this by doing what those evil bastards want do, in a public way, and that will show everyone what they’re up against!

Note the descent from policy advocacy down the slippery slope of demonization, finally arriving at the destination of engaging in a criminal act and staging the evidence to make it look like the other side is somehow responsible.

One problem with this is that the sort of person who arrives at the conclusion that this would be a good idea is typically not blessed with ample facilities of cleverness to begin with. The result is that the perpetrator of a hoaxed hate crime typically winds up getting caught, either in the act or immediately thereafter.

Perhaps the most famous hoaxed hate crime was the Tawana Brawley incident. Way back in November of 1987, an attractive fifteen-year-old black girl was found in a plastic bag in an idyllic New York suburb. She was found in torn clothing, with burns and feces on her body, and marks reading “KKK” and “NIGGER” written on her body. She said she had been kidnapped by several white men days earlier, one of whom wore a badge, and that they had held her in the woods and sexually abused her until they dumped her where she had been found.

If that had actually been what had happened, it would have been shocking and monstrous. And Black activists jumped on the incident very quickly, offering it as proof that race relations had a long way to go, that even in progressive New York there was rampant and violent racism, and some sort of immediate government action to protect black people from the new KKK that was kidnapping and raping nice girls was imperative. A national media outburst happened, with the Rev. Al Sharpton most prominent among the activists who took the opportunity to get some camera time and express their views about the kidnapping and rape of Tawana Brawley. Eventually, a white police officer and a prosecutor were accused of participating in the act, and when the cop committed suicide a few days later, that poured gasoline on the media fire.

As the facts later demonstrated, however, the whole thing was staged. The cop who took his own life did so for reasons unrelated to the accusation.

The facts came out fairly quickly upon objective analysis. The rape kit used on her found no evidence of sexual assault. There were no signs of exposure to the sub-freezing New York elements consistent with being held outdoors in the woods for days, and no actual bruises or marks of assault on her body. The DA who had been accused had an airtight alibi with witnesses, and a grand jury refused to indict him. (A grand jury will indict a ham sandwich on the flimsiest of evidence, so a refusal by a grand jury to indict is a remarkable demonstration of how tissue-thin the evidence behind this accusation really was.)

Young Ms. Brawley had skipped school and visited her boyfriend, who was incarcerated in an upstate jail, where we assume she got the idea as a way of avoiding getting in to trouble. Somehow, she sold her mother on it, because as we learned, mom helped Tawana stage the whole thing by putting Tawana in the garbage bag and helping write the racial epithets on her own daughter’s body. Yet, the Brawley’s media handlers, attorneys, and “advisors” continued to press on in the face of the exposure of the hoax — justifying themselves by saying it could have happened like Tawana said, that the incident was useful because it provided exposure and public awareness of real hate crimes.

It did nothing of the sort. It did a tremendous disservice to victims of real crimes, who go through real trauma and pain, and who deserve to see justice done to their attackers. Tawana Brawley’s hoax set back race relations substantially, because all future incidents of real hate crimes against African-Americans would now be viewed with a lens of some skepticism.

So it’s astonishing to see, after this bedrock lesson in political activism, a progressive, liberal kid in Denver try to vandalize Democratic party headquarters and then try to blame it on Republicans. What was he thinking? It’s as stupid as a Republican activist during the 2008 campaign claiming that she was robbed at a Pittsburgh ATM and her assailants carved a “B” for “Barack” on her cheek — she staged the whole thing herself. I bring up both incidents to point out that neither side of the political spectrum has a monopoly on this kind of stupidity; Wal-mart apparently sells these people Stupid by the Pallet and they eat value-sized portions of it every day for breakfast. 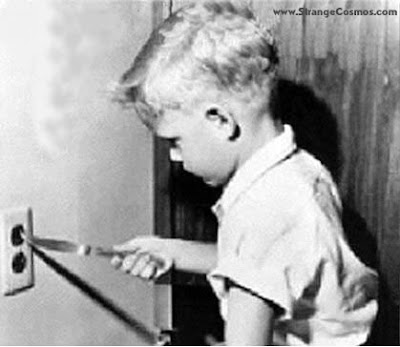 The lessons here are simple. First and foremost, lying to advance your cause always winds up hurting your cause. Second, if the other side were really so demonic, you wouldn’t need to fake an evil attack; you could point to the real thing. The fact that there is no attack to point to should be evidence to you that maybe they aren’t quite as evil as you think they are. Finally, you should remember that chances are good that you aren’t quite as clever as you think you are, so don’t try to fool professional crime investigators with vastly more resources than you have because they’re going to find flaws in your cunning plan that haven’t occurred to you just yet.

A disagreement about political policy should be just that — a disagreement about politics. The battle should be fought with words and in the political arena. The battle is figurative, not actual. And recall that democracy requires that the loser of a policy dispute submit non-violently to the will of the majority; even in a democracy limited by a Constitution like ours, the loser of a policy dispute is required to make extra-political challenges to a policy in a peaceful, legitimate forum — specifically, in a court. So make your arguments honestly and in the open and tackle the issues you care about head-on. Don’t try to discredit your opponents with a hamfisted hoax. It’s going to backfire, every time.