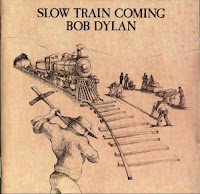 After $4,300,000,000 in Federal funds are received, plans will soon be laid for the first length of track in California’s high-speed rail to be built in the Central Valley, thanks to Bay Area NIMBYs. Bay Area or Los Angeles area commuters apparently need relief to their traffic woes less than do people who need to get from the worst neighborhood in Fresno to the only bad neighborhood in Merced. These lucky seven Californians will, eventually, be able to accomplish this trip in twenty-one minutes or less (not counting time to load, unload, make safety stops, and to allow time for train attendants to don and doff their uniforms and take mandatory rest and meal breaks), all for the same price (after subsidies) as an airplane flight from Los Angeles to Houston. That is, when the tracks are eventually laid, which at the rate the California High Speed Rail Authority is proceeding with execution of this voter-mandated construction plan, I would expect to happen some time in September of 2023.