A lawyer in Milwaukee received what seems to be a most unusual way of a client paying his fee — a severed goat’s head in a large gift bag left deposited on her office’s doorstep. Personally, I prefer being paid in dollars, with a check, but who am I to tell another attorney how to run her practice?

Seriously, it should be remembered that attorneys deal with a lot of very emotional people in very difficult and stressful times in their lives. It’s part of the job, and you’ve got to know that going in to the profession. 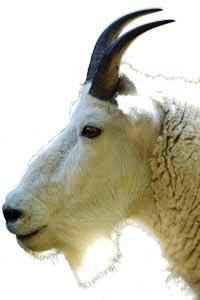 I’m no exception. I’ve had to deal with some people who I would rather not deal with, and sometimes in an unfriendly way. I’ve been threatened with violence, I’ve been reported to the Bar, I’ve been cursed at, I’ve been actually cursed (a man put a magic curse on the money he used to pay my fee once). None of it changed what I was doing on behalf of my clients or the outcome of the cases (although the ill-founded Bar report pissed me off mightily).

But I’ve never had a severed animal head used as a method of intimidation. Obviously, it was a crude threat and probably a waste of the animal. Maybe this lawyer was getting cursed, too — perhaps a client, or a friend of a client, performs Santaria or voodoo or some other kind of ritual that requires a blood sacrifice.