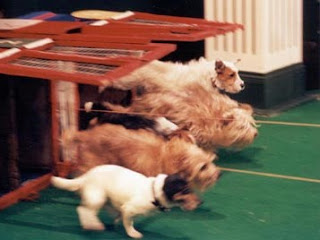 The Iowa Caucuses are today. Hizzonner is currently polling in fifth place in Iowa despite still being the national leader; Huckabee and Romney are in a dead heat for first place. After Friday, though, no one will care at all about Iowa, because the attention will shift suddenly to New Hampshire, with its primary on Tuesday. Oh, and Wyoming will have its convention on Saturday, in defiance of national GOP rules, but that will attract some attention.

My prediction, based on nothing more than my observations from the media, is that Romney will squeak ahead of Huckabee tomorrow in Iowa. McCain comes in third, which is the “momentum” place for everyone who isn’t Huckabee or Romney to be. Romney should also win Wyoming. But then McCain will win New Hampshire, and eventually, South Carolina will split nearly evenly between Huckabee and Romney, not at all unlike Iowa should tomorrow night.

So the net winner of all of these early but lower-stake pots will be Mitt Romney. That will be the effective end of the Huckabee campaign, since he lacks the money and machinery to compete in the big states, and his Christian credentials are only going to go so far outside of the Bible Belt.

The real question is, will this create enough “momentum” that voters in Florida and the Super-Duper Tuesday states will start to to care about Iowa, New Hampshire, and South Carolina? Will enough Republicans voting for Romney — or at least, the appearance of enough voters going for him — carry the day for the Governor? Or are voters in places like Alaska, Illinois, and California going to simply disregard the early states and make independent decisions? Giuliani is currently leading the polls in all of the big states — he’s 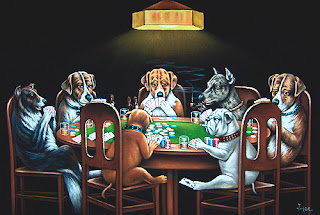 “all in” for Super-Duper Tuesday, and he’s the only one with the money and machinery to compete with Romney — and he has that 9/11 thing that I think he’s mentioned once or twice.

Giuliani’s is a high-risk strategy, but not an insane risk by any means. The way that the delegates are selected suggests to me that Giuliani will wind up with at least a plurality of delegates after Super-Duper Tuesday and therefore be the “leader” moving to the contests in the second half of the primaries.

Then (speaking of candidates going “all in”) there’s the other wild card. Thompson is still in it but not polling well enough anywhere to be anything more than a spoiler — but for who? Who is the second choice of Thompson supporters? This is important because it’s likely that at some point between now and February 5, Thompson is going to find he doesn’t have enough traction, and he’ll bow out. 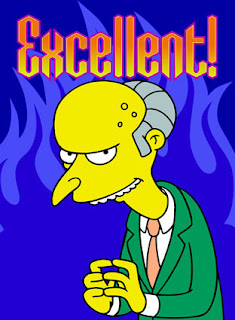 Where do his supporters go? My guess is their second choice is probably John McCain more than any of the other three. It also seems most likely that Thompson, who publicly places a high value on being plain-spoken and direct, would find McCain the most palatable of the remaining four candidates should he withdraw. But if McCain’s been effectively squeezed out by then, it looks like a tossup to me.

Maybe he’ll be mischievous and release his delegates to “vote their consciences” at the convention, and it will wind up brokered. Oh, what a delightful prospect a brokered GOP convention would be! The whole thing is a big, complicated, delicious mess. There are no good guys, just some bad guys, and the flag drops tonight.