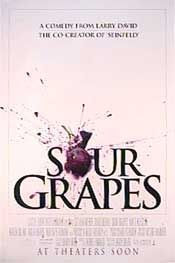 Right-wing pundits — the same sort who have stood resolutely by George W. Bush as he has nearly set the White House on fire these past seven years, the same sort who would have responded to Bush actually slitting a man’s throat during a press conference by saying that maybe the dude had it coming — are having fits of apoplexy over John McCain’s win in Florida, gathering of momentum and endorsements, and seemingly unstoppable path to the GOP nomination. For instance, Hugh Hewitt is simply in denial.

These commentators strike me the same sorts who seem to think that McCain is some sort of “liberal” because he co-sponsors compromise legislation with Democrats, moatdiggers who incorrectly think McCain is an advocate of “open borders” (he favors the idea of a guest worker program, which is hardly the same thing) and that his policy platform is functionally indistinguishable from Hillary Clinton’s. They think he sold out the GOP by forming the “Gang of 14” and seem to forget that without his having done so, no further judges would have been confirmed by the Senate for all of Bush’s Presidency; apparently, stalemate would have been preferable to getting those judges appointed. Their policy platforms are quite different: compare McCain’s policies to Clinton’s. To these people, John McCain is a “liberal” or, worse yet, a RINO.*

That’s not to say that McCain is above criticism, and some of the right-wing criticisms levelled at McCain score hits. The McCain-Feingold campaign finance reforms raises deep Constitutional questions and I remain convinced that the Supreme Court was wrong to affirm most of it.

So the meme they’ve been circulating is that the “closed” Florida primary was hijacked. Michelle Malkin, for instance, highlighted a story about some election workers who apparently defied the law and allowed independents to vote in the primary. Flip Pidot, taking the right-wing outrage a step further, is “flummoxed” and points to exit polls that, in his mind, “prove” that nearly one in five voters in the Florida Republican primary are not Republicans. Ed Morrissey, however, has a more than reasonable explanation readily at hand — voters are not dumb and will re-register despite their personal preferences so that they can participate in a primary of interest to them. Changing parties is simply a matter of filling out a form and declaring yourself to be something that you weren’t before.

To the partisans, this sort of thing smacks of all sorts of malign chicanery. They would never do such a thing. Switching parties for a single election? That’s… that’s… that’s like having no party at all! (Which is kind of what it means to be an “independent” or “unaffiliated” voter.) To them, it means that “real” Republicans would never have chosen that untrustworthy John McCain. I have some good personal friends with a profound distrust of McCain, for some of these same reasons and a variety of others. I’m reminded of a story still floating around from 1968 — the editor of the New York Times was heard to say, “Nixon got elected? How could that have happened? I don’t know anyone who voted for Nixon!” Just so.

I’m not in that column. I agree that McCain is flawed, and my preference lay with another candidate (who was not without his own flaws). His age is a factor. His firey temper is a factor. He’s come close to giving the store away when he’s rolled logs in the Senate.

But at the same time, it’s pretty clear to me that Florida voters made a rational choice, and one that will work to the Republicans’ ultimate benefit in this election. First, McCain is more electable than Romney; he’s polling ahead of Clinton and tied with Obama, while polls suggest that Romney would get handed his ass by either Democrat. Second, what’s with all the sudden characterization of Romney as the ‘conservative’ choice? This is the guy who’s reversed himself on nearly every position imaginable from abortion to health care to Iraq. Third, Republicans cannot afford to win another election running toward the base. The growing moderate middle of the country, who eschew party identification, have found themselves repelled by George W. Bush but can distinguish between him and McCain. McCain has appeal to the center, which the Republicans cannot afford to concede any more. Fi 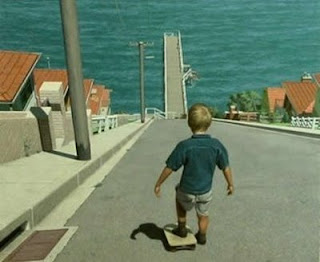 nally, McCain has appeal to Latino voters; while not a decisive segment of the electorate, it is a growing one and one that could easily be alienated by the moatdigger faction in the GOP. So yes, the ideological thrust of the party may have to be diverted from its current path. Maybe it’s fun to skateboard downhill but keep in mind that where you wind up may not be so pleasant.

I can live with McCain as the Republican nominee. He wasn’t my first choice, but a hell of a lot better than most of the other options. Republicans: remember the one one about “half a loaf is better than none”? Even if you don’t think McCain is reliably conservative, at least he’s going to do more conservative sorts of things than Hillary Clinton or Barack Obama would. Sometimes, it’s about choosing the least bad option from the available choices, and if it’s come to that for you, who exactly is a less bad option this time around? Would you really want a President who governs the country the way Willard governed Massachusetts? That’s a better indication of what he’ll actually do if elected than the empty, meaningless words he says today.

* If you don’t know what that term means, you probably aren’t interested in politics and have therefore skipped this post.