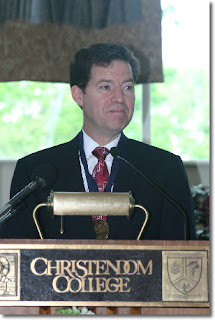 During one of the early Republican Presidential debates, Senator Sam Brownback of Kansas raised his hand when the panel was asked “Who here does not believe in evolution”? Today in the New York Times, Senator Brownback attempts to explain himself. Why he would do this is beyond me; the sorts of people who will be attracted to him as a Presidential candidate don’t want him to concede anything to evolutionary biologists and the atheists who cheer them on.

At first, I wondered if this is evidence in favor of an article that I read yesterday, suggesting that the rise of prominence of the “New Atheists” like Richard Dawkins and Sam Harris — those who confront and criticize religion in an aggressive fashion — will have a significant political effect in that politicians will seek to appeal to this newly-mobilized community. I tend to disagree with that idea; atheists are defined by something they lack rather than something they are. Politically, atheists do not concern themselves with issues like whether God wants a particular policy enacted or whether a set of bronze-age laws renders a particular governmental action morally justifiable or not. But there, the political common ground ends. Some atheists are right-wing, some are left-wing, some are libertarian, some are statist, some care deeply about politics and some are apathetic. They go their different directions based on other ideas, assumptions, and world views, none of which require the belief in or acknowledgment of the supernatural to form.

So the idea that politicians would need to appeal to atheists in any particular way strikes me as quite odd. My atheism is not an attribute about myself that I consider political, other than to arouse my ire when theists try to impose their world view on me through the auspices of government.

Which is why Senator Brownback’s article in the Gray Lady sits so oddly with me. If Brownback had confined himself to saying something like, “From the evidence and studies I have read, it seems to me that there are credible alternatives to evolution that have not been fully researched,” that would be one thing. (It would be incorrect, by the way, but it’s a more modest statement than what he actually says.) And had Brownback said only “Biology and the theory of evolution do not address issues of human suffering, which are to me the critical issues we should be confronting,” I would have agreed with him and applauded that sentiment. What’s more, the Senator is no more a biologist than I am, but it is not unreasonable to rely upon the expertise of others who are well-qualified to address a particular subject. Had the Senator chosen to refer to “experts” who dispute evolution, we could then evaluate the strength of the evidence he chose to rely upon.

But instead, Senator Brownback chose to go it alone. Here’s a few examples of how the Senator tries to explain himself:

“If belief in evolution means simply assenting to microevolution, small changes over time within a species, I am happy to say, as I have in the past, that I believe it to be true. If, on the other hand, it means assenting to an exclusively materialistic, deterministic vision of the world that holds no place for a guiding intelligence, then I reject it.“

This is a false choice because evolution does not imply or require a rigidly deterministic world view. Indeed, evolution requires a view of the world as a dynamic rather than a static stage in order to vary the stimuli to which life reacts. As for the presence or absence of a guiding intelligence, note that the Senator rejects a naturalistic theory out of hand without evaluating the merits of the theory at all. If the creation of man can be accounted for without the intervention of a supernatural intelligence, then doesn’t that require you to confront at least the possibility that such an entity did not play a part in that process?

Note also that Senator Brownback tries to have it both ways here — he concedes that microevolution does indeed occur and does not seek to coordinate that undeniable phenomenon with the guiding hand of the divinity. Then, he tries to segregate macroevolution from this zone of concession not because the concept lacks intellectual or evidentiary merit in its own right, but rather because he wants to include God in it. But the entire point of evolutionary theory is to offer a natural explanation for the diversity of species. Insisting on a supernatural component to the theory is to insist that science simply cannot explain the phenomenon at all.

“Many questions raised by evolutionary theory — like whether man has a unique place in the world or is merely the chance product of random mutations — go beyond empirical science and are better addressed in the realm of philosophy or theology.“

These questions are not raised by evolutionary theory at all. Evolutionary theory raises the issue of the origin and diversity of species and explains the variations found in the fossil record. Characterizing evolution of homo sapiens as the sum total of “random mutations” is an oversimplification of evolution so gross as to constitute a deliberate misrepresentation. Prof. Dawkins will be better able than I to deal with that concept, and I’m sure he’s getting ready to fire off a response to Senator Brownback’s letter now. Suffice to say here that whether “man has a unique place in the world” is not the province of evolutionary biology at all.

“It does not strike me as anti-science or anti-reason to question the philosophical presuppositions behind theories offered by scientists who, in excluding the possibility of design or purpose, venture far beyond their realm of empirical science.“

But it is an attack on reason to offer a political attack (questioning the morality of a scientist) in response to that scientist offering a conclusion which one finds distasteful. This is exactly what Senator Brownback does in this paragraph. The scientist got to that conclusion through the exercise of a reasoned examination of evidence. You might disagree with his reasoning or his premises, and that would be congruent with reason. But to question his motives is not to question his science.

Furthermore, it is antiscience to suggest that tens of thousands, if not hundreds of thousands, of biologists have made a massive mistake by excluding from their theoretical analysis of empircal evidence the possibility that God (a force which by definition is beyond the capability of man to measure and empirically observe) is guiding the process of macroevolution. As I said above, insisting on including a variable in the data that is intended to alter the data itself (that is, divine intervention) cannot help but render the entire scientific process invalid.

“Man was not an accident and reflects an image and likeness unique in the created order. Those aspects of evolutionary theory compatible with this truth are a welcome addition to human knowledge. Aspects of these theories that undermine this truth, however, should be firmly rejected as an atheistic theology posing as science.“ 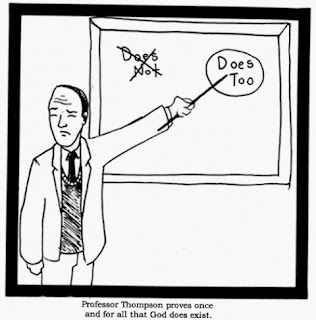 Boiled down to its essence, Senator Brownback says, “I believe that man was created in God’s image and if evolution says anything to the contrary, it is a product of a false religion.” This is why proponents of evolution accuse creationists of repeatedly committing the a priori fallacy. “I believe in X, and your theory does not account for X, therefore your theory is false.” This is fallacious because X might be false itself.

More importantly, Senator Brownback actually goes so far as to propose dogma. Read those last two sentences again: “Those aspects of evolutionary theory compatible with this truth are a welcome addition to human knowledge. Aspects of these theories that undermine this truth, however, should be firmly rejected as an atheistic theology posing as science.“

In another context, Galileo would have understood this to be a threat. He would have been right.

Now, that’s scary stuff. That’s why the “New Atheists” are confronting theists. That’s why even though I categorize myself as a humanist who seeks dialogue and understanding rather than a “New Atheist,” I feel compelled to speak out about this, too. Religion gets science wrong, all the time (e.g., 2 Chronicles 4:2, informing the credulous reader that pi is equal to 3). Just as surely as Senator Brownback would not want a scientist in the pulpit declaiming upon theology, so too should we object to clergymen in the laboratory.